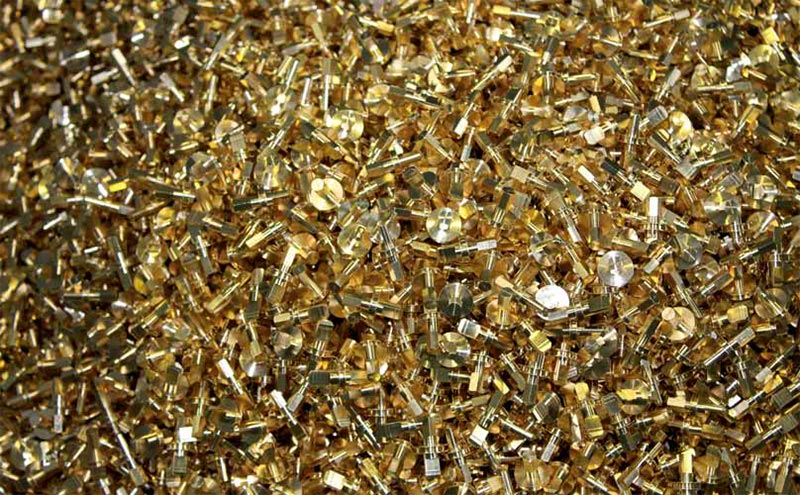 “Since this was an important investment, we carried out a market research both in Italy and in Germany, performing washing tests with different suppliers,” Luca Taiariol explains. “We provided all the selected suppliers with our part holding baskets, all containing the same type and size of components: only in this way could we compare the test results. Our greatest concern was to achieve optimal levels of cleanliness and residual contamination on the parts, because some new customers had required higher quality standards.”

“In the end, the vacuum systems offered by IFP Europe had provided the best results,” Taiariol continues, “and the choice of the supplier for the acquisition of the two machines came naturally.”
For the General Manager of A&B Torneria, however, it was important to confirm not only the excellent results of the tests, but also the solvent and electricity consumption, as well as the productivity rates boasted by the manufacturer, which seemed too optimistic.
IFP Europe actually states that the KP series washing machines dramatically reduce the solvent consumption down to a few litres per year, eliminate the need for additions of stabilisers, and completely separate the oil from the solvent, thus allowing to reuse it in the production cycle, with great economic advantage – all with a power consumption reduced by 50% and zero solvent emissions. “It only took a few months of use of the first machine to lift all our reservations,” Taiariol says. “We had chosen to install one machine in August 2012, and the second in March 2013. This was to make sure that the second one was already calibrated and optimised based on our process, especially in terms of software and management of the filters.”
A&B Torneria has integrated the machines with a robotic loading and unloading system. This system also allows to place a chip on the basket lids containing the type of cleaning process to be performed. The plants can automatically set the wash cycle and interface with the chips, which determine the start of the cycle corresponding to the characteristics of the parts in the basket.

The machines allow to set the following features:

“We have planned about 6 different types of washing. Some of them are suitable for parts that do not have a particular residual contamination level, but must not be dented because they will be subjected to a further aesthetic finishing process,” Taiariol says. “In these cases, the washing stage involves only the rocking of the basket and a longer stay in the machine. Other parts are less demanding and therefore undergo faster cycles with the rotation of the baskets.”
The average productivity is currently 4 baskets every 20 minutes per machine. They work in two shifts and a half, with a night time stop of three hours for the distillation of the solvent, carried out with the machine at a standstill. A more substantial distillation is scheduled once a week. The machines are equipped with four filters so that, once the first one is filled, the system switches to the next one and the operator has time to service and recharge it. The filters are disposable and are still to be changed after a certain number of cycles. However, this is not a stable and predictable parameter because it depends on many factors.

“The consumption of the filters is the only feature that the IFP machines share with the previous ones” Luca Taiariol observes. “These new machines also ensure a substantial saving on the lubricant oil, since the one recovered from the distillation contains less than 0.1% of solvent and is therefore suitable to be recycled. The IFP systems also do not need any daily maintenance or cleaning, as self-cleaning systems are present in all the tanks, distillers and stripping units. I can say I am really pleased with our investment and with the supplier’s reliability, since the process data declared in the purchase stage have proved truthful.”

Although one washing machine could have covered all the needs of the company, A&B has chosen to invest in two identical machines for various reasons. First of all, the washing stage is too important to risk downtime due to the presence of only one machine. The second reason is that the company intends to differentiate the machines based on the type of part to be washed.
“Although the washing fluid is continuously moved by the machine, it is not possible to wash parts heavily contaminated with chips and intended for not very demanding applications and immediately afterwards to start a cycle for components requiring a “zero particle” residual contamination,” Taiariol concludes. “Our goal, therefore, is to differentiate the use of the two machines by devoting one of them to the parts with delicate and high standard cleaning requirements and the other one to more aggressive and rough cleaning treatments. This would be carried out alternating the plants every six months, to balance their wear.”

The major investment made by this turning company in the washing process has resulted in a dramatic increase in productivity: the bottleneck is now the packaging stage.