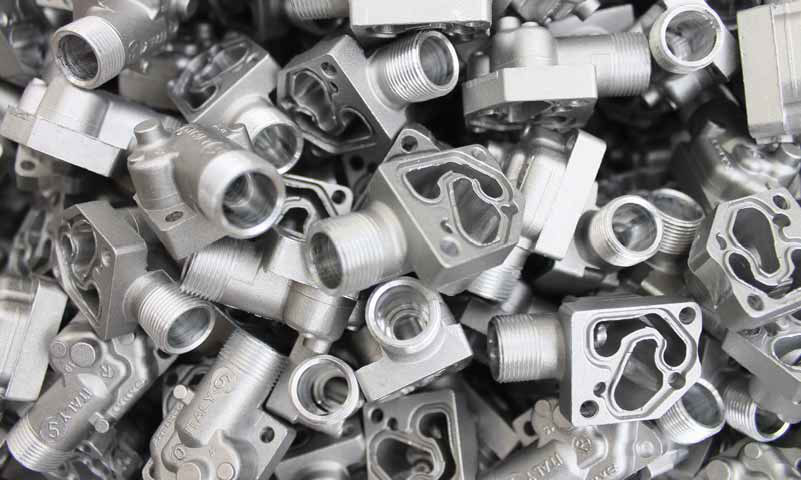 In the economic times we are going through, investing in “intangible things” such as the intellectual capital and professional technical skills might seem counterintuitive: today’s businesses demand immediate solutions to solve the critical problems they face every day. The idea to invest in projects which could be long-term activities is hardly contemplated.
Massimo Dora, the technical director of Sabaf (Ospitaletto, BS, Italy), explains that this attitude, however, may actually prove detrimental, rather than prudent. “Our company has been manufacturing components for gas cooking appliances for over sixty years: Our history of success shows that being innovation-ready is the key to addressing the challenges posed by the market changes. But this is not enough: A firm must also be able to recognise the quality of technological innovation not only in the products it manufactures, but also in those offered to it. That is exactly what we have seen in IFP, a company based in Cittadella (PD, Italy), the supplier of our cleaning systems.”

A winning change in production

Sabaf has specialised in the production of taps and fittings, thermostats and gas burners since 1950. In 2002, it expanded its production site moving to Ospitaletto, in the province of Brescia, and occupying an area of approximately 100,000 m2.
The origins of the company, now a global leader, date back to the immediate post-war period, when Giuseppe Saleri established Sabaf in Lumezzane (BS, Italy), along with his father and brothers, to produce brass taps initially intended for the agriculture sector. The core business of the company remained unchanged for about 20 years, and found a particular application in the household appliance industry, which would have had a great development since the Sixties. At this stage, the firm began specialising in gas taps, but decided to also invest in a new product line, that of gas burners, designing and patenting a product with a Venturi radial system. This innovation revolutionised the entire world market of home cooking appliances, enabling a reduction in their depth and therefore the spread of built-in hobs. The production of burners increased from 5 to 30 million units per year in little more than 5 years, transforming the small family business into a worldwide company.
“The growth was so fast that our suppliers could not keep pace with neither our production volumes nor our quality standards,” Dora says. “At that point, we decided to insource all our production stages with a vertical integration method. This led us to produce in-house even the machinery needed to manufacture and assembly our products, thus optimising both processes at best.” The insourcing operations occurred gradually, from the die casting process to the burner covers’ moulding and glazing phases.

Exporting an idea, not a simple product

“The market in which we operate,” Dora adds, “is so mature as to be saturated standard: gas burners have now become a commodity. We were the first company to produce them and they are now present in every house in the world, from China to Chile and the United States: this is a very simple technology, now copied by many firms. Nowadays, our cleverness lies in being able to further develop this product, making it innovative and flexible as required by the customers as well as maintaining a competitive price.
“We are particularly interested in the emerging Countries: We are present in Brazil since 2001, in Turkey since 2012 and in China starting from this year. Such markets do not have a real awareness of the qualitative value of these products yet, but are only interested in their cost. We believe that the winning strategy will be exporting our industrial model, adapting ourselves to the local context and relying on the qualitative and technical features of our products, which in any case are also competitive from the economic point of view.”
The taps and fittings industry, on the other hand, is a different matter, because “our competitors are still years away in terms of culture, design skills, vision of a simple-to-build, essential and easy-to-assemble product, and pursuit of quality,” Dora states.

The art of design and innovation

One of the elements that distinguish Sabaf and make it unique in its niche market is its design capacity, which enables it to autonomously conceive and build the machines needed for the treatment and assembly of its products. “This capacity is a great advantage for us,” Dora says, “because it enables us to deeply know the technologies we use, so that we can transform our equipment as needed while, at the same time, never losing production efficiency. This is also what has allowed us to accept a challenge that everyone would have felt hard to overcome: ten years ago, we decided to redesign our entire range of taps and fittings, and wondered if we should have changed the material used. At the end, we switched from brass to aluminium. This has entailed the conversion of all the machinery used in this production. Currently, we manufacture all our taps in aluminium, and we have set another standard for the market. It was not easy: the processing of aluminium is certainly more difficult than that of brass, but this is a challenge that does not frighten us. The results are excellent and our products are appreciated worldwide, also thanks to the partners that we have selected in those areas in which it was not possible for us to design ad hoc machines, such as the cleaning stage.”

Five years ago, Sabaf’s technical staff began questioning the best cleaning technology to integrate into its production process. “The regulations on the use of solvents, which we used for washing our taps, were becoming increasingly stricter. At the same time, our business vocation was to reduce the environmental impact of our production processes. We had to quickly find an alternative that was both eco-friendly and convincing for the tap industry, whose main requirement is absolute cleanliness: indeed, the absence of any residual contamination on the workpieces’ surfaces is decisive to offer a safe product, with no gas leaks. We have tested a few water-based solutions for two years without getting any satisfying and reproducible result: at that point, we have started to investigate the modified alcohol cleaning technology. We immediately liked IFP’s system: our “design instinct” told us that it was a machine designed and built to be a “metal cleaner” and not a device created for other applications and then adapted to this use”.
“IFP’s plant was installed in late 2013. We immediately understood that this technology was also ideal to clean our gas burners’ components, for which, until then, we had used water-based systems to perform less intensive cleaning operations. The part of the burner that must be cleaned is the cup, made of die cast aluminium and characterised by numerous blind holes in which grease and chips are retained. The new machine provides a higher cleaning quality compared with that obtained with perchlorethylene and has infinitely lower operating costs.”
Sabaf is gradually replacing all its cleaning system with IFP’s modified alcohol plants: it currently owns four of them, two others will be installed later this year and an additional one will be devoted to the production unit in Brazil.

All Sabaf’s production machines use neat mineral oil: the parts’ cleaning operations are complicated by the contamination resulting from this substance and from the chips that cling to the surface.
Before the washing step, the components are placed in bulk in special boxes: there is no denting risk, since these components are made in durable materials precisely to prevent damage during the production phases. The cleaning cycle lasts 12 minutes and a first cleaning phase with solvent vapours and the subsequent immersion in the washing liquid is provided. Both loading and unloading are automatic.
The first IFP system installed was equipped with four filters, since two different materials were used: aluminium and brass, now employed with a 80 to 20 ratio. Modified alcohol is 100% vacuum distilled by these washing machines: the result of the distillation is the full reuse in production of both the oil removed from the parts and the cleaning modified alcohol.
“Our production capacity is 25 million taps and 30 million burners per year, built in two daily shifts for 220- 240 days a year. Even with these volumes, our alcohol consumption is very low, equal to 100 kg/year,” Massimo Dora states. “Since it is in our nature, we have also contributed to improve the design of IFP’s machines: the loading system has been modified to prevent the boxes exiting the plant from touching the loading roller conveyor, so as to avoid recontamination of parts. This is now one of IFP’s standards.”
After the cleaning stage, a series of inspections is performed on the cleaned parts to ensure the products’ and the end users’ safety.

On average, Sabaf has invested in R&D 8 to 10% of its turnover every year for twenty-five years. A part of the investment is destined to the development of new machines and materials for the improvement of the production quality, while the other part is destined to what Massimo Dora calls “the intangible things”, such as the enhancement of the staff’s skills, that is, anything that does not offer immediate practical results, but is an value added able to transform a small firm into a big, successful company. Learning how to examine, organise and manage one’s own production processes and being able to recognise the production effectiveness of operations that are not in one’s own area of expertise are two additional guarantees of the success of a company’s investment. And the results are clear to all.